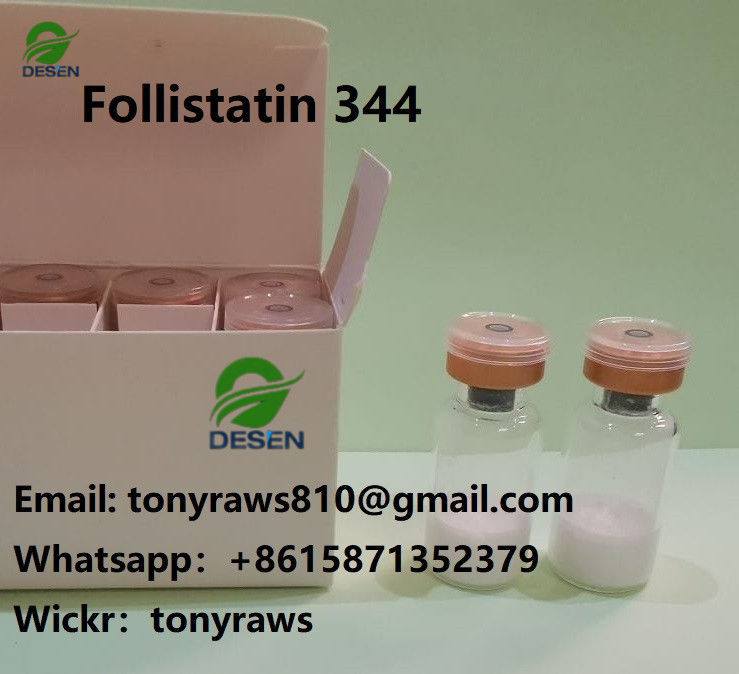 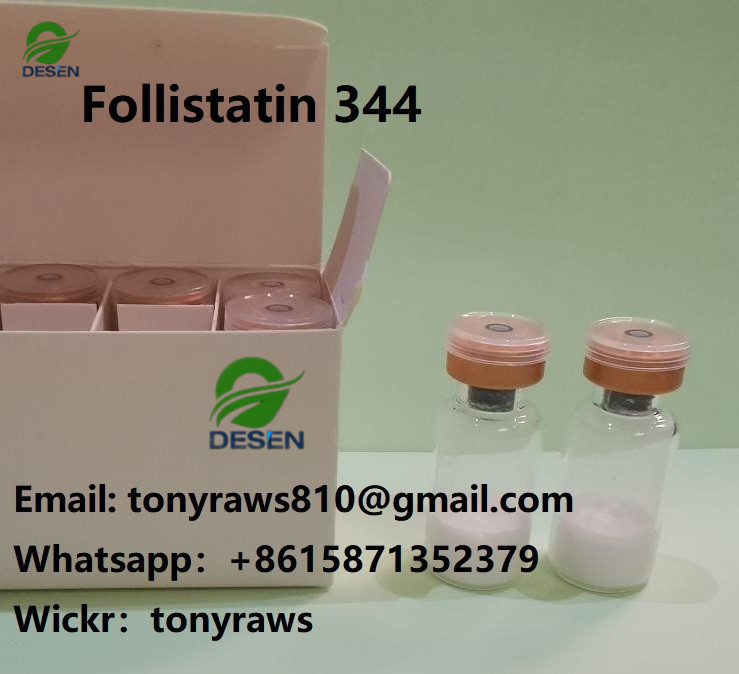 Follistatin is fascinating protein that can increase muscle mass beyond natural potential by suppressing myostatin. Scientists first identified follistatin while examining porcine (re: pig) follicular fluid in the ovaries.

Follistatin also known as activin-binding protein is a protein that in humans is encoded by the FST gene. Follistatin is an autocrine glycoprotein that is expressed in nearly all tissues of higher animals.Its primary function is the binding and bioneutralization of members of the TGF-β superfamily, with a particular focus on activin, a paracrine hormone. Follistatin is naturally found in the skeletal muscle of almost all mammals with advanced or developed characteristics, such as humans, rodents, and cows. Follistatin is high in the non-essential amino acid cystine but unlike most proteins discussed in the fitness world, follistatin has carbohydrates attached to it. Follistatin works by binding to and inhibiting transforming growth -β (TGF-β) peptides such as myostatin which is responsible for regulating and limiting muscle growth. It's also worth pointing out that myostatin may have a regulatory role in skeletal muscle fibrosis; too much myostatin can impair tissue function and cause chronic disease in vital organs, tissues, and bone marrow.

ACE-031 is a soluble fusion protein that has been shown to increase muscle mass and strength in research studies. ACE-031 is being studied as a treatment for metabolic diseases, renal neoplasms of childhood, cardiovascular anomalies, age-related muscle loss, and cancer treatment related muscle loss and neuromuscular diseases. ACE-031 is a biologic therapeutic, based on activin receptor type IIB (ActRIIB). The molecule inhibits signaling via the ActRIIB receptor binding and increase muscle mass and strength. ACE-031 is a recombinant fusion protein that is artificially synthesized by fusion of standard antibody and a portion of ActRIIB receptor. The recombinant fusion protein eliminates myostatin and other biomolecules that limit muscle strength or growth.
Follistatin 344 / FST was initially identified as a follicle-stimulating hormone inhibiting substance found in ovarian follicular fluid. FST is a high-affinity activin binding protein that can act as an activin antagonist. Two alternatively spliced follistatin mRNAs exist, encoding mature FS with 288 amino acid residues (FS-288) and 315 aa residues (FS-315). Natural FS purified from porcine ovaries is primarily a carboxy-terminal truncated form of FS-315 composed of 300 aa residues.
Follistatin 344 / FST quickly gained popularity in the bodybuilding community as a potential supplement to rapidly increase lean tissue mass. Another protein, follistatin-related gene acts on similar pathways as FST regarding its muscle building properties. Increased lean tissue mass could give a bodybuilder an advantage in a competitive setting.
FST is a single chain gonadal protein that specifically inhibits follicle stimulating hormone release. The single FST gene encodes two isoforms Follistatin 317 and Follistatin 344 containing 317 and 344 amino acids respectively, resulting from alternative splicing of the precursor mRNA. There is evidence linking polycystic ovary syndrome and follistatin. Follistatin binds directly to activin and functions as an activin antagonist. It specific inhibitor of the biosynthesis and secretion of pituitary follicle stimulating hormone. Subunit : Monomer Subcellular Location : Secreted. Tissue Specificity : Isoform 1 is the predominant isoform in serum but is undetectable in follicular fluid.

ACE-031 is a fusion protein that is soluble and is known to have a positive feedback mechanism in the increasing muscle strength and mass. The polypeptide is under research for the treatment of various condition and diseases such as metabolic diseases, cardiovascular anomalies, renal neoplasms during childhood, cancer, age related muscle loss and other neuromuscular diseases. ACE-031 is biopeptide that has therapeutic properties that are mainly based on the activin receptor type 2 or ActRIIB. The polypeptide inhibits cell signaling by blocking ActRIIB receptor thereby increasing muscle strength and mass. It is an artificially synthesized polypeptide of the natural antibody and a part of the ActRIIB receptor. When recombinant technology is used to fuse the proteins, it eliminates myostatin and other biomolecules that limit muscle growth and strength. ACE-031 is classified under the category of proteins in the TGF-beta super family, which are essential in the regulation of muscle growth and strength. ACE-031 mechanism of action is through the switching on and up regulation of the muscle growth process, experimental studies reveal that the polypeptide acts by inhibiting the ActRIIB receptor and promotes myoblasts differentiation, development, and maturity. According to studies administration of ACE-031 for 2 weeks increases skeletal muscle density, increases adiponectin levels and reduces leptin level in the system. The polypeptide is composed of 368 amino acids in the sequence; this makes a very large and complex polypeptide. Muscle growth is mainly accentuated by the production of muscle cells and this occurs via the amino acids and other essential components. TGF beta protein super family, which is the main regulator in the switching on and off the muscle development through the amino acids. When the ActRIIB receptors interact with GDF-8, it causes a signal transduction which in causes the initiation of myoblasts differentiation, development and maturity. ACE-031 is a protein under research for enhancing muscle cell differentiation in a recombinant fusion is vital in inhibiting factors that limit muscle growth and generation of myoblasts by endogenous binding to the cells. The blockage of the antagonist causes an enhanced production of myoblasts, muscle function and improved muscle strength. The mechanism can prove to be essential in dealing with problems such as muscular dystrophy, androgen deprivation, and muscle loss associated with corticosteroids among other conditions. Unlike the generation of mutation specific ribonucleotide based therapy, the clinical development for Duchene muscular dystrophy or what is commonly called DMD, ACE-031 can be very beneficial because it is not affected by existing mutations.

Follistatin-344 exhibits a potent anti-aging effect, with a significant impact on rejuvenation of all body tissues

Follistatin 344 / FST promote muscle growth due to the unique mechanism of action, FST joint use of steroids, IGF has better results. It only acts on muscle tissue , after use will not cause the proliferation of other tissue cells.

Follistatin 344 / FST works by binding to and inhibiting transforming growth factor-β (TGF-β) peptides such as myostatin which is responsible for regulating and limiting muscle growth.