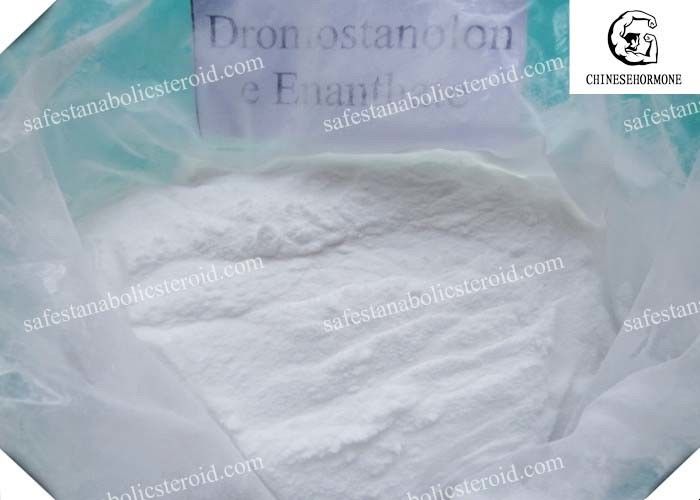 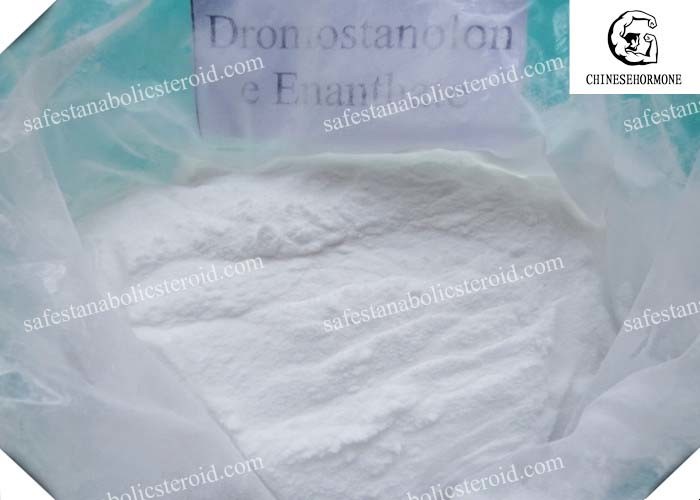 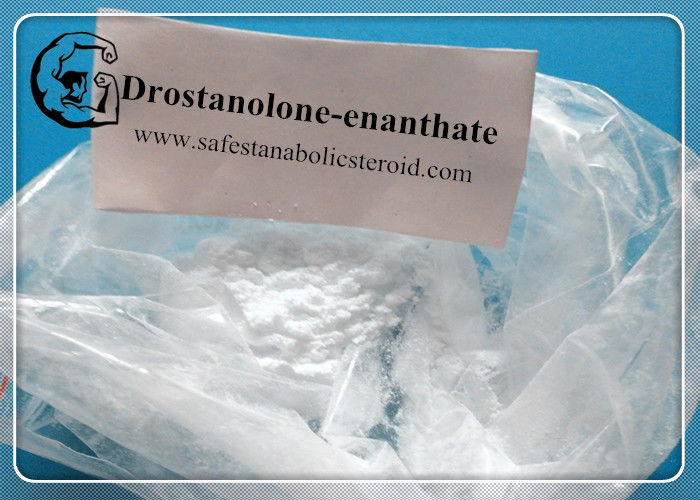 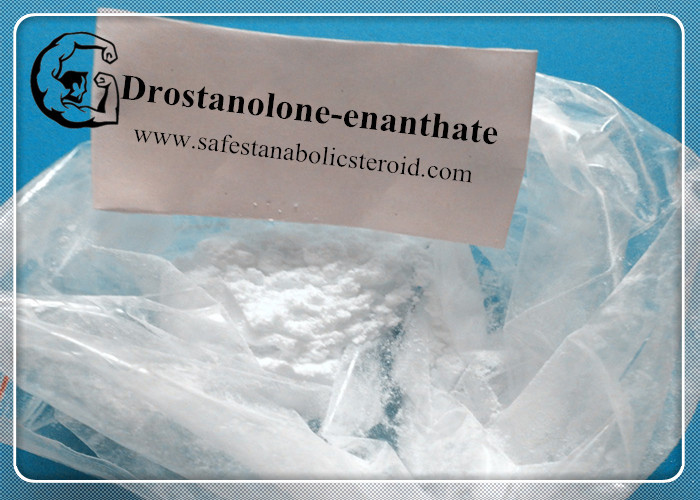 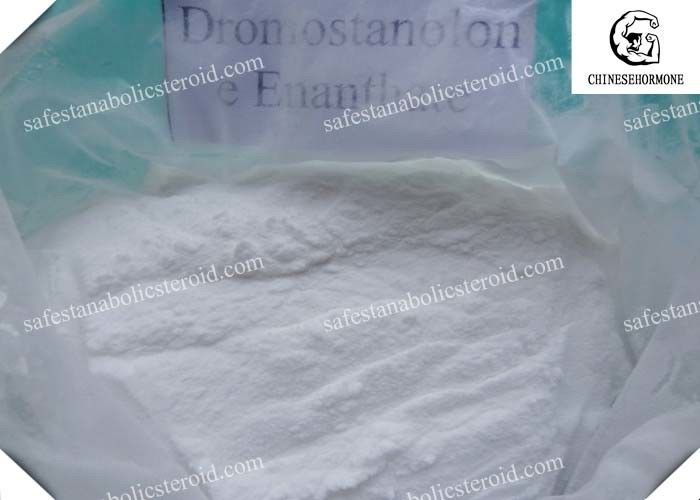 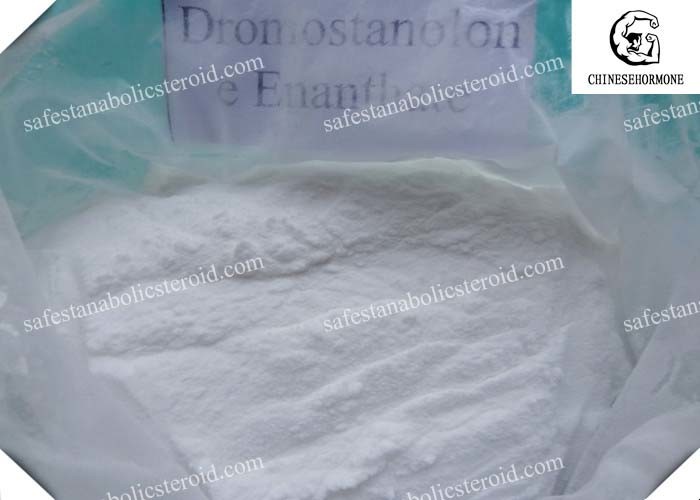 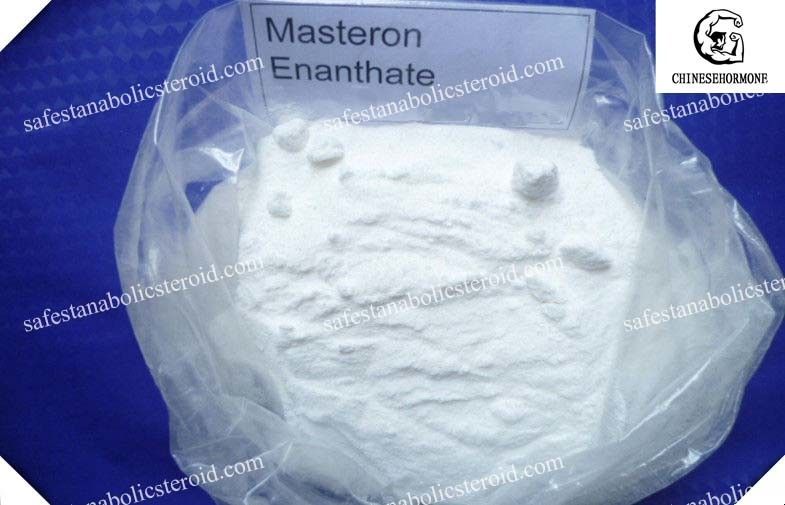 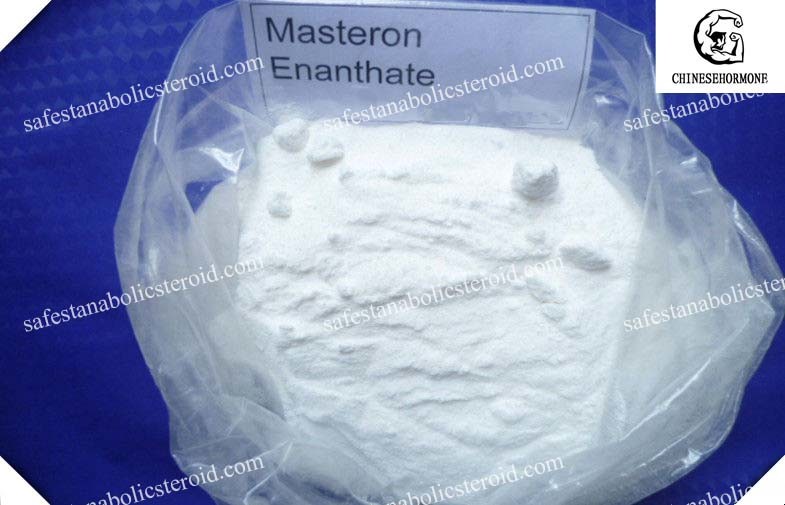 Masteron Enanthate (Drostanolone Enanthate) is a dihydrotestosterone (DHT) based anabolic steroid. Drostanolone is simply the DHT hormone structurally altered. The alteration exists through the addition of a methyl group at carbon position 2. This ensures the hormone doesn’t suffer metabolic breakdown brought on by the 3-hydroxysteroid dehydrogenase enzyme found in the skeletal muscle.

This simple structural change also makes the hormone far more anabolic, and that gives us Drostanolone. Once the hormone has been created, altered from DHT, an ester is then attached, and in this case the ester attached is Enanthate. Enanthate is not a steroid or a drug but nothing more than a timing tool used for a drug.

As with Masteron Propionate, Masteron Enanthate is well known for being one of the only anabolic steroids that carries strong anti-estrogenic properties. This anabolic steroid cannot increase estrogen levels; in fact, it can actually decrease estrogen levels in the body. It is for this reason Drostanolone was successful in breast cancer treatment with the combination of Drostanolone and Tamoxifen being very commonplace for many years. Bodybuilders welcome this trait due to estrogen often being difficult to control with many steroids and lower estrogen levels often leading to a harder and more defined look during the cutting phase.

Masteron Enanthate possesses some of the most misleading anabolic and androgenic ratings of any anabolic steroid, although not nearly as misleading as Halotestin and Anavar. Drostanolone has a binding affinity to the androgen receptor that is five times greater than testosterone, which not only produces a harder look it can also have a positive impact on fat loss. All anabolic steroids can help improve the metabolic rate, but those with a strong androgen binding affinity can have an impact on direct lipolysis.

For the full positive effects of Masteron Enanthate to be seen a lean physique will show them best. This means the prime time for this steroid will be during a cutting cycle, and the leaner the individual is the more pronounced the effects will be. For the competitive bodybuilder undergoing a 12-16 week prep, you will find Masteron most commonly shows up in the latter half of prep once a significant amount of fat has been removed. The addition of the Drostanolone hormone may help him lose a little bit of the fat that’s still hanging on but more importantly it will ensure his physique possess the hard look that’s desired.

For the recreational bodybuilder or steroid user, one that’s not going to be as lean as a competitive bodybuilder, Masteron Enanthate is still a good choice for a cutting cycle. You may not end up as hard as the competitive bodybuilder due to not being quite as lean but hardness will appear nonetheless. However, if there is a significant layer of fat coving the body it may be very hard to find any noticeable benefit in terms of hardness and definition. This truly is a steroid that works best when already lean in regards to hardness.

While lean use is the best use for hardening it is not the only use for this anabolic steroid. Masteron Enanthate is a good choice for the athlete looking for a boost in strength and more so than often given credit for. Most steroid users only use Masteron when cutting, when calories are low and strength is necessarily diminished. But for an athlete looking for a boost in strength with little to no weight gain, this can be a solid choice. The athlete should also find improvements in recovery and muscular endurance, and regardless of the end goal recovery and endurance are both invaluable.

We’re then left with bulking use and while any anabolic steroid can be used for bulking Masteron Enanthate is perhaps one of the worst choices. The Drostanolone hormone doesn’t pack the punch needed for significant growth. Some growth may occur especially with a very high dose but there are far better options. There are those that will include low to moderate amounts of Masteron Enanthate in their cycle for the anti-estrogen benefits during the bulking phase, but when we’re talking about a bulking cycle that often includes high doses of testosterone this will not be enough to combat the aromatase induced estrogenic activity.

Side Effects of Masteron Enanthate:

Masteron Enanthate is a relatively side effect friendly anabolic steroid. There are numerous possible side effects of Masteron Enanthate, but compared to many anabolic steroids it falls into the semi-mild category. Most men will find this steroid to be well tolerated and even with some females. Virilization symptoms can be strong but controllable with the right plan. A female athlete can make good use of the Drostanolone hormone, but she will need to be careful. In order to understand the side effects of Masteron Enanthate and what can be done we have broken them down into their respective categories below.